← more from
Other Worlds Than These Music
Get fresh music recommendations delivered to your inbox every Friday.
We've updated our Terms of Use. You can review the changes here.

from March of the Inanimate - Repossessed by Keith Richie 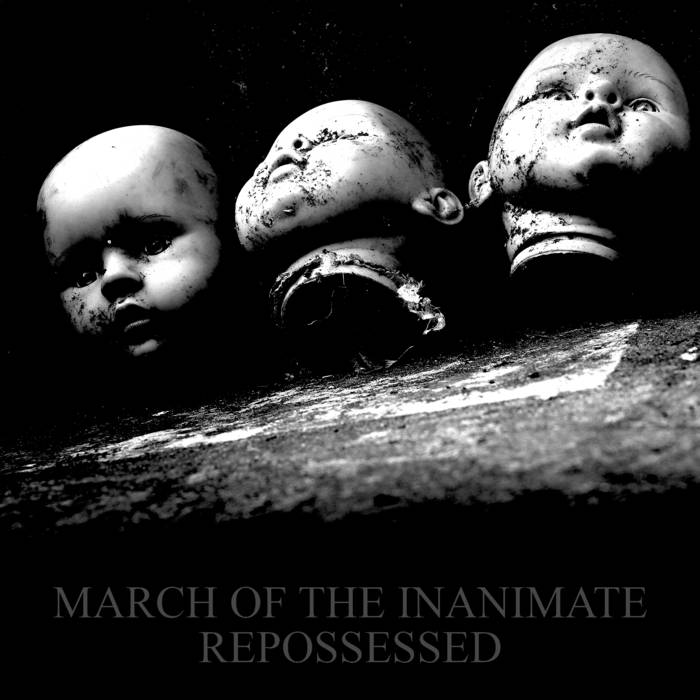 "A man possessed by the desire to live searches an abandoned home for a lost treasure that could hold the key to the mystery of mastering death. However, when he finally finds what he is looking for, he uncovers a power far more sinister than he could have ever imagined.

As he tries to escape the entities that have come to devour his greed-laden soul, he finds himself unable to bear the weight of his own corrupted consciousness.

Can he find a way to shrug the burden of his sins? Or will he be destroyed by the creatures that march upon him with unseeing eyes?"

March of the Inanimate - Repossessed is the 2016 re-mastered and extended edition of the 2014 album March of the Inanimate. It pays homage to the classic horror movie soundtracks produced by John Carpenter and Alan Howarth who co-wrote the music to classics such as Halloween, the Fog, and numerous others.

This 2016 version includes 3 additional tracks crafted within re-mastered versions of the original audio story to enhance the listening experience.

“Slowly building, this opus-magnum incorporates some very haunting piano-melody and an increased intensity in the dark-electro, pulsing rhythms. Again…considering the subject matter he’s based this music on – this fits right in there, right into the gritty underworld of horror-movie-mania; “March Of The Inanimate” is musically-menacing to say the very least.” – Jer@SBS/Sleeping Bag Studios

“Keith Richie has a way with electronic music. It almost always never sounds electronic! Here, he has the freedom to explore the aural landscape and generate musical imagery, beyond the limits of pop music structures, and he does it extremely well. He produces a unique listening experience, a collection of suspenseful, expressive themes that are also occasionally inspiring. “March of the Inanimate” feels like an invitation to imagine movie scenes from films that have yet to be made” – Robbie Tee / Jamsphere

Get March of the Inanimate - Repossessed along with Mister Stichs in the Mister Stichs Bundle Edition here: keithrichie.bandcamp.com/album/mister-stichs-bundle-of-stichs-edition

from March of the Inanimate - Repossessed, released August 24, 2016

Keith Richie approaches composing and producing music with a sense of gleeful independence and resourcefulness,

The Keith Richie signature sound is a mixture of electronica, symphonica, and progressive ambient and his albums stylistically range from Berlin-school, to film score, to ambient and chill-out incorporating themes related to space or otherworldliness. ... more